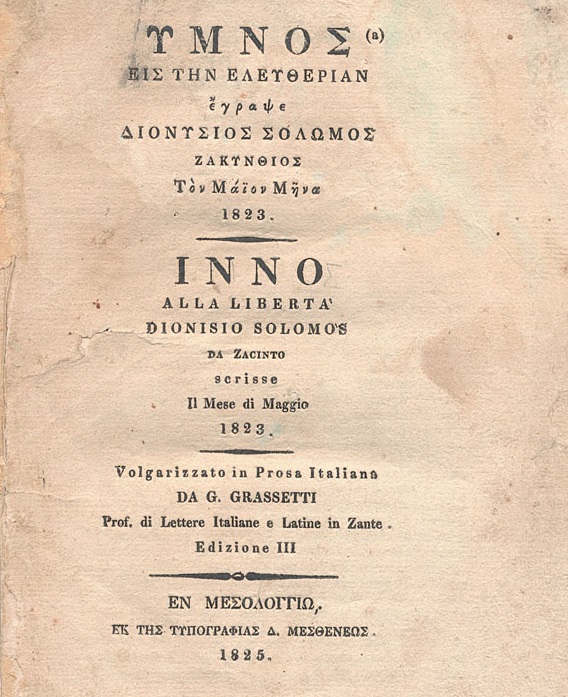 Dionysios Solomos wrote his famous Hymn to Liberty in 1823, when the Greek War of Independence was at a critical stage. In its 158 stanzas the poem relates events in the war up to that point. It was set to music by Nikolaos Mantzaros, and in 1865 the first verses were adopted as the Greek National Anthem.

This concert will be performed by a thirty-piece orchestra, conducted by George Ellis and with soloists Maria Yiakoulis, George Karantonis and Leon Vitogiannis.